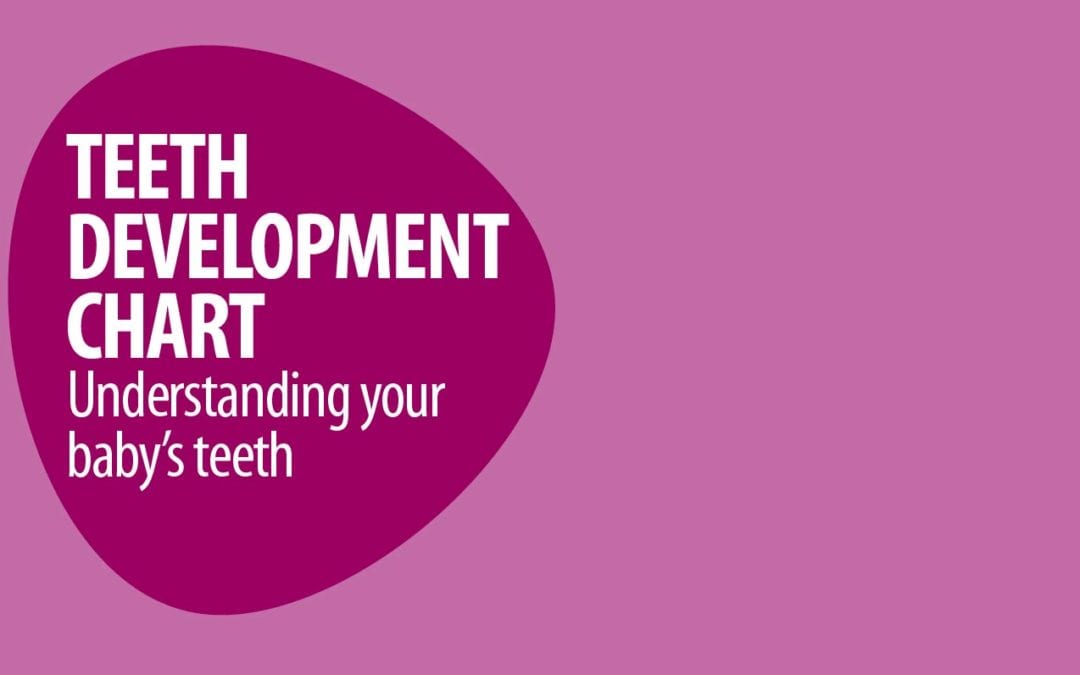 Most babies’ teeth begin to erupt between the ages of 4 to 6 months, though for some it may be earlier or later. The age the baby cuts his or her first tooth depends on family history of teething so, if you got your teeth early, your child probably will too. Same thing if you were late. Typically, the two bottom front teeth (central incisors) are the first to erupt, followed by the four upper front teeth (central and lateral incisors). But variations in the order may occur and don’t warrant any concern. Your child will most likely have a full set of primary (baby) teeth by the time he’s almost three. Although the timing of when teeth come in (“erupt”) varies, there are typical age ranges for each tooth and these are indicated (as a guideline of what to expect) in our Teeth Development Chart below. The emergence of teeth is generally symmetrical with the left and right teeth appearing at similar times. 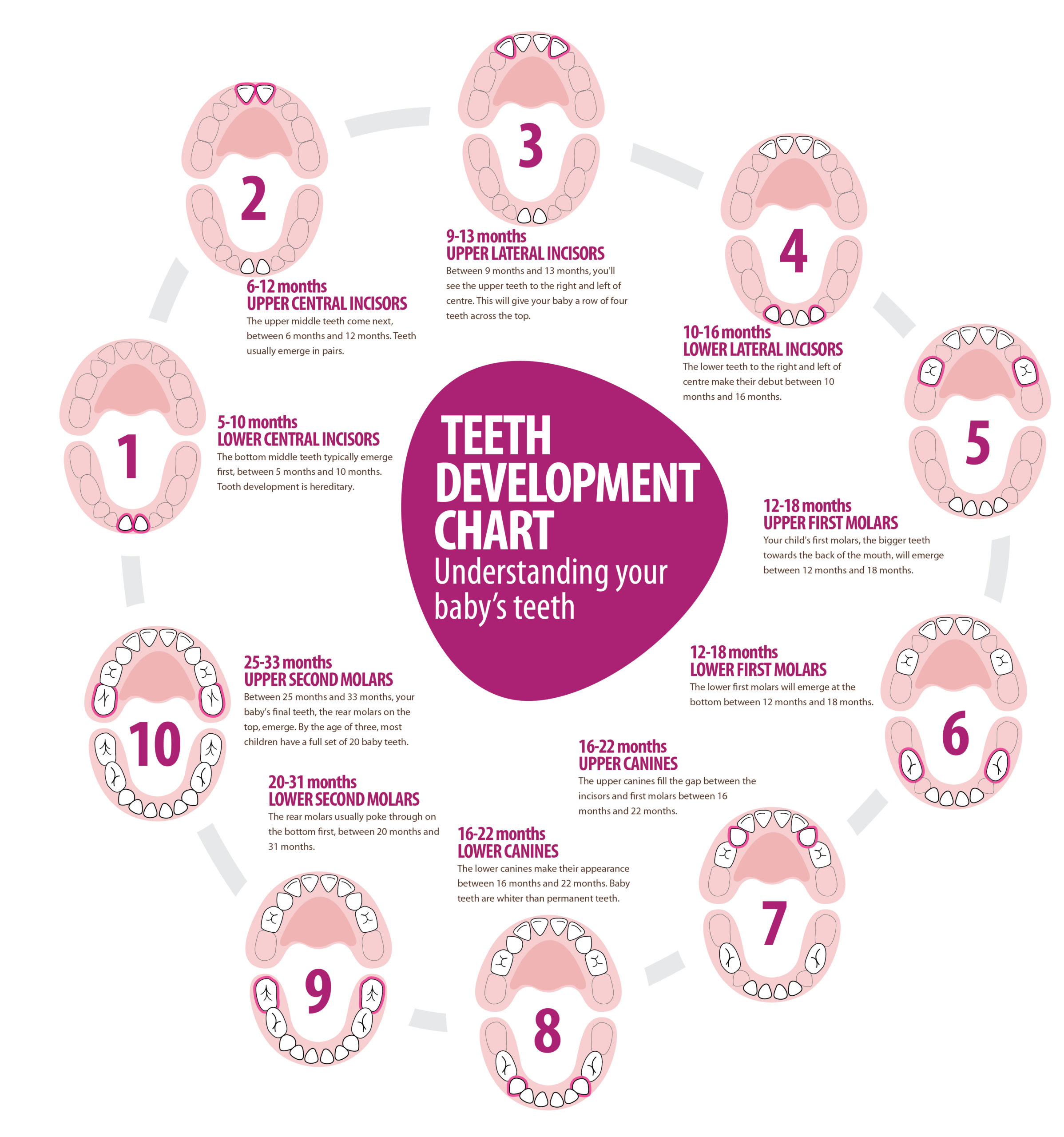